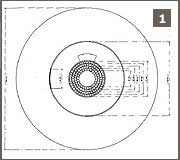 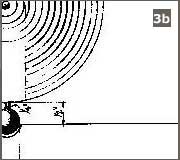 The FFM System is capable of providing gravity control (or antigravity), as well as providing a continuous supply of cheap clean electrical power to any location on the planet, whereby assuring a sustainable future economy.

What is the FFM System?

This effectively creates a differential in electrical charge between the FFM System and the surrounding environment, which can be transferred to electrical generators and delivered through the existing electrical system.

The beauty of the FFM System is its natural simplicity, as it requires no fuel supply of any kind, in the form of liquids, solids or gases. The FFM System functions on the basis of the existing continuance of field frequency associated with any unified field system, but unlike many other experimental systems the FFM System allows for the controlled modulation of the underlying energy potential.

In other words, the FFM System provides a controlled flow of energy, which can be increased or decreased by the simple turning of a dial.

The various applications to which the FFM System can be applied have not at this time been fully explored, but it can be clearly stated that no aspect of human activity would remain unaffected by the versatility of this advanced science and technology.

The most obvious application of gravity control is in the area of aerospace research and development, with the focus on advanced systems of transportation and communication.

The controlled modulation of the underlying energy potential would also be applicable to human health, increased production of food crops and a sustainable source of energy.

The FFM System brings an end to our dependency on a non-renewable supply of oil, coal and natural gas.

As the FFM System would be located locally, in respect to being located close to each and every community on the planet, there would be no need for high voltage transmission cables stretching from coast to coast and or north to south. Therefore wide spread disruption of power due to seasonal storms and hazards would become a thing of the past.

In terms of economic benefit, the FFM System could supply low cost efficient electrical power to any geographic location on the planet.

It can be assured that all those personally involved with the development of the FFM System will find the process to be an exciting and rewarding experience, as our goal is to provide the world with the first completely fuel free energy system. Not even water is used in the process.

The diagrams in the left column show the basic design of the FFM System.

The Four Phase Modulator can be described as an electromagnetic drive unit, consisting of four tiered rings of magnetic discs, whereby each magnetic disc is mounted on an electrically driven control arm, which can lift and or lower the magnetic disc or turn the disc from side to side.

Diagram # 1 shows a plain view of a disc shaped craft with the Four Phase Modulator situated in the center.

Diagram # 2 shows a section view of a disc shaped craft with the four tiered levels of the Four Phase Modulator situated in the bottom half of the craft. Much like an inverted pyramid turned inside out to form a cone, with the smallest ring at the bottom and the largest ring at the top.

Diagram #4 shows a side elevation of one magnetic disc mounted on a control arm, whereby the magnetic disc can be lifted and lowered 90 degrees up or down relative to the horizontal plain.

Project Unity allows for gravity control, in that the ratio of energy per unit of mass is modulated by a simple four phase electromagnetic modulator, in relation to a unified field of frequency remaining relative to the system of reference.

And in that the Four Phase Modulator affects the field dynamics of the craft in relation to gravity and electromagnetism, the proportionally dynamic electromagnetic response is sufficient to operate all onboard electronics. Therefore the system is self sufficient in respect to all energy requirements necessary to sustain the crafts operation.

The dynamic principles which allow for the design and construction of this system have been thoroughly researched and studied over a period of more than 40 years. Therefore I am confident that the Field Frequency Modulator will provide for a variety of practical and efficient applications, not the least of which is Project Unity.

Gravity Control is a matter of time.
Anti-gravity technology research in electromagnetic propulsion and other technologies is under development, and we would like to document its discovery.